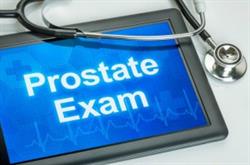 When it comes to cancer, timely diagnosis is critical in fighting the disease. Catching cancer early makes available a larger number of treatment options and increases the chances of success of those treatments. Unfortunately in a recent case in Oregon, an allegedly late and negligent diagnosis of prostate cancer resulted in the patient having to undergo a radical treatment option that led to impotence and partial incontinence, along with pain, distress, and a shortened lifespan. Learn more about late diagnosis and prostate cancer malpractice, below.

The case concerns a man who was diagnosed with Stage III prostate cancer. However, he alleges that a number of parties, including an Oregon physician and a number of divisions of Kaiser Permanente, were negligent in their failure to evaluate his elevated PSA levels for 3 years. The plaintiff alleges that had his PSA levels been properly evaluated, it would have led to a timely diagnosis.

What are PSA levels?

PSA stands for Prostate-Specific Antigen. This is a substance produced by the prostate gland. Elevated PSA levels can indicate prostate cancer, but they may also indicate a number of noncancerous conditions. They also rise naturally with age. As a result, it is important for elevated PSA levels to be evaluated.