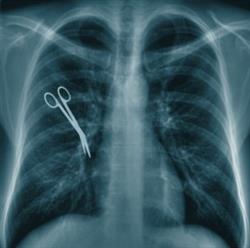 What are the most common orthopedic malpractice claims?

What were the most common patient allegations?

The most common allegations patients made were improper performance of surgery, improper management of surgical patient, and diagnosis related.

The majority of these allegations stemmed from the fact that the procedure’s outcome was different from the patient’s expectations. A small percentage were the result of substandard care. Some of the procedures included knee and hip replacements, as well as knee arthroscopy and vertebroplasty.

These claims concerned allegedly negligent postoperative care. Allegations stemmed from infections, continued pain, and the bone not healing properly or at all.

The issue, such as a fracture or hematoma, may not have been diagnosed correctly, leading to an orthopedic malpractice claim.

What were the most common factors contributing to patient injury?

The orthopedist may have used poor technique resulting in injury, though injury was known to be a risk of the procedure. An anatomical structure may have been misidentified.

The orthopedist may not have adhered with the treatment plan, including follow-up calls/appointments, leading to injury.

12% - Selection and Management of Therapy

The orthopedist may not have ordered the most appropriate medication, or any medication at all.

12% - Communication Between Patient/Family and Provider

Communication barriers/lack of rapport between the two parties may have lead to a lack of communication resulting in injury.

The orthopedist may have made an error in diagnostic testing, failed to order tests, failed to respond to a patient’s concerns, failed to address abnormal findings, or failed to consider relevant information available in the patient’s medical record.

Link to the study.