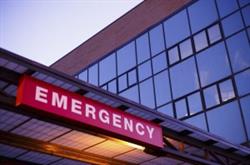 In a recent medical malpractice case in Pennsylvania, a trial jury awarded a husband and wife $12.5 million in a verdict for the plaintiffs. The man suffers from permanent paralysis as a result of an alleged misdiagnosis. Learn more about this case below.

The man went to the emergency room of a local hospital on June 17, 2011. He complained of a tingling in his left arm with neck pain on the left side. After being admitted for observation, his symptoms worsened overnight, and he developed a fever. The man was evaluated by an infectious disease specialist who thought he may have had a cervical epidural abscess. She ordered an MRI of his cervical spine to examine this possibility.

The cervical MRI was completed. However, the radiologist who interpreted the MRI "allegedly misinterpreted the study as showing no abscess or epidural collection," according to medicalmalpracticelawyers.com. "The following day, the plaintiff required emergency surgery to address a deep cervical abscess and there were concerns afterwards regarding spinal cord compression. The plaintiff developed paralysis in both arms and both legs and lost his bladder function and suffered sexual dysfunction, allegedly as a result of medical negligence."