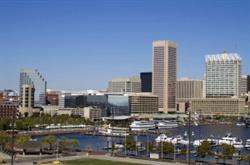 A local man and his wife have received a $28 million Baltimore medical malpractice verdict from a trial jury in the Circuit Court for Baltimore City. The defendants were two gastroenterologists, who allegedly misdiagnosed the man’s GI issues, leading to severe issues that required surgery. In addition, medical negligence allegedly occurred in one surgery, in which the surgeon missed the perforated ulcer that necessitated the surgery in the first place. Learn more, below

The plaintiff had a history of Crohn’s disease, however he had not had symptoms since a surgical resection in 2011. In May 2011, the man went to the emergency room at a local hospital, complaining of a severe, burning pain in his left upper quadrant that was radiating into his chest.

The man spent 4 days at the hospital. Allegedly, the gastroenterologist did not consider the fact that the pain could be stemmed from upper gastrointestinal (GI) issues. As a result, he did not recommend an upper endoscopy, and instead treated the plaintiff for an infection and a flare-up of Crohn’s disease. However, there had been no evidence of a flare-up of Crohn’s.

The man returned to the hospital 8 days later, complaining of a similar pain. Allegedly, a different gastroenterologist again did not consider that upper GI issues could be causing the pain. 33 hours after the man was admitted to the hospital, his duodenal ulcer perforated. Surgery was performed but the surgeon allegedly did not remove the ulcer, instead removing a portion of his bowel and creating a new surgical connection in the man’s lower right quadrant.

Because the ulcer was not removed, the surgical connection eventually broke down. As a result, the man had to undergo more than 12 surgeries and numerous hospitalizations over the course of 3 years.