Do I Have a Case? Your Baltimore Medical Malpractice Lawyer Explains 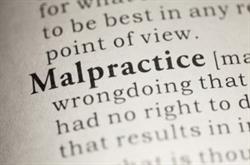 The world of medical malpractice law is very complex and many people who have been hurt are left questioning whether they have a case that will hold up in court. Before bringing a lawsuit, it is important to know your rights and the basics of malpractice law. While many aspects of these laws vary state-by-state, your Baltimore medical malpractice lawyer is here to explain the basic rules that all lawsuits must adhere to.

Do I Have a Case? Your Baltimore Medical Malpractice Lawyer Explains

In order for a malpractice case to be pursued you must first be able to prove that a doctor-patient relationship existed. This means that the doctor must have been hired to treat you. Generally this is as simple as establishing that you were seen by the doctor but it can get tricky in cases where the consulting physician didn’t actually treat the patient. If you are unsure whether your situation counts then a consultation with your Baltimore medical malpractice lawyer can give you an idea of whether you have a valid claim.

You also have to be able to prove that the doctor was negligent. It is not simply enough to say that you were unhappy with treatment. Instead, you must be able to prove that your doctor failed to treat you in accordance with applicable standards of care. You will have to show that your doctor caused you harm in a way that a competent doctor would not have. For example, if a doctor left a roll of gauze inside your body after surgery that could be grounds for a malpractice suit because a competent doctor would have been sure to remove all foreign objects before completing surgery.

You will also have to prove that your injury was caused by your doctor’s negligence. Malpractice lawsuits are tricky because they often filed by people who are already sick or injured, which makes it difficult to prove whether an injury occurred due to negligence or was the result of previously existing factors. In order for an event to be malpractice, the doctor’s negligence must be a direct cause of your injury. A patient will also have to provide medical experts who can testify that their injury was caused by negligence.

Lastly, you’ll have to show that you have suffered damages as a result of the malpractice. This damage can include mental anguish, physical pain, extra medical bills, and lost work or earning capacity. Again, it’s not enough to be simply unhappy with your care. The experience must have had tangible, damaging effects on you and in your life in order to qualify as malpractice.