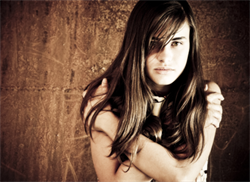 When most people think about medical malpractice lawsuits, they imagine that the plaintiff is suing to recoup medical bill costs, lost wages, and economic damages but do not think about emotional distress. While the law has historically limited the ability of plaintiffs to receive compensation for emotional distress, settlements for this type of case have become more commonplace in recent years. It is most common for physical damage to also occur in these cases but this is not always necessary.

Damages for emotional distress can generally only be pursued when the type of harm exceeds what is reasonably expected to befall a reasonably emotional person. This means that those who are prone to anxiety or fear will not be able to collect damages simply because they are more fearful than the average person.

Damages for emotional distress can usually be sought in the following circumstances:

In a negligence action where physical injury also occurred

In this case, a person or entity (such as hospital) acted negligently and caused both physical and emotional injury.

In this case, physical injury may or may not be present but harm was intentionally caused to the plaintiff which inflicted emotional distress.

In a negligent act that inflicted emotional distress

In this case, only emotional harm is alleged but the harm is severe and the defendant’s conduct was particularly malevolent.

Proving emotional distress can be difficult but plaintiffs will generally be able to seek damages if they can prove that there was a harm that could be objectively discerned. This harm could include psychoses, depression, neuroses, phobia, etc. Medical reports and personal testimony that outline the physical symptoms that resulted from the emotional distress are very important in proving this distress and will likely be necessary when seeking damages. Your Baltimore medical malpractice attorneys can guide you on what you need to do in order to prove objective harm.

A recent example of a plaintiff receiving compensation for emotional damage happened in Virginia. A patient going in for a colonoscopy chose to use his cellphone to record his examination so that he could capture the instructions his doctor would give him after the procedure. When he went home and listened to the recording, he found that as soon as he was under anesthesia, his entire surgical team began cruelly mocked and insulted him. The man sued for medical malpractice and defamation and after a 3 day trial was awarded $500,000 in damages.