Cerebral Palsy: An Overview From You Baltimore Malpractice Lawyer 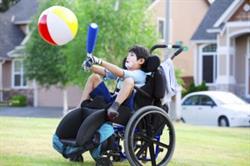 Cerebral palsy is a permanent neurological disorder which affects muscle tone, control, and coordination, body movement, motor skills, and posture and balance. It is the most prevalent disability found in American children and is caused by brain damage that is often sustained after complications during labor and delivery. In today’s blog, we explore cerebral palsy in depth, including its causes, symptoms, and how it relates to medical malpractice.

What is cerebral palsy?

Cerebral palsy (CP) is a neurological disorder caused by a permanent brain injury or brain underdevelopment. It is characterized by its effects on movement and muscle control and its symptoms can range from mild to severe. Children with mild cerebral palsy can live relatively normal lives while those at the severe end of the spectrum may require intensive, lifelong care. Regardless of severity, individuals with CP will generally show outward signs of physical disability. Since CP directly impacts motor functions, individuals with the disorder will often have difficulty controlling their bodies. They may have trouble with unwanted muscle contractions, leading to stiffness and limbs that may shake or tremble. Some people may have issues with basic tasks such as grasping objects, balance, and walking. Auxiliary complications can include intellectual disabilities, visual and hearing impairments, and seizures. Most individuals are born with cerebral palsy, although it is possible to develop it after birth.

How does a child get cerebral palsy?

Cerebral palsy is caused by brain damage. This damage can be sustained in a number of different ways, including abnormal development, medical negligence during labor and delivery, brain injury sustained after birth (such as when a baby is dropped), and maternal infection.

During birth there are a number of complications that can restrict oxygen flow to the infant’s brain and lead to cerebral palsy. Low maternal blood pressure, presence of infection, or the umbilical cord being wrapped around a baby’s neck are all risk factors during delivery that can cause lifelong consequences.

Will symptoms worsen as my child gets older?

Is there a cure?

Cerebral palsy is a lifelong disorder and because it is caused by damage to the brain there is currently no known cure. The brain is incapable of healing itself so damage sustained is permanent However, it is also important to note that cerebral palsy is non-life-threatening. While it presents significant challenges, individuals with cerebral palsy are generally expected to live into adulthood. Certain treatments and therapies can also help manage the disorder’s effects on the body so that many individuals with CP can live relatively normal lives.

What are the signs and symptoms of cerebral palsy?

Though often used interchangeably, the signs and symptoms of any disorder are distinctly different. Signs refer to "clinically identifiable effects of brain injury or malformation that cause cerebral palsy." A medical clinician will look for signs of cerebral palsy during exams and testing. For example, a sign of cerebral palsy would be the indication of brain damage on a CAT scan.

Symptoms are individual reactions that patients feel or express. These symptoms can vary greatly between patients and can range widely depending on the severity of the individual’s disorder.

Common symptoms of cerebral palsy include problems with motor functions, lack of muscle control, and problems with muscle tone. Some individuals also experience trouble with swallowing and speaking.

Cerebral palsy often comes with a range of associative conditions which are not caused by the same brain injury but frequently present in patients with CP. These conditions including visual and auditory impairments, intellectual and learning disabilities, and seizures.

Cerebral palsy is generally diagnosed in children between the ages of 3-5 although earlier diagnosis is always beneficial. It is usually difficult to identify in younger children as signs and symptoms are not obvious. The biggest warning sign of CP is developmental delays in young children. Missed milestones such as rolling over, sitting, and crawling can be signs that the child is not developing appropriately due to a previously unknown brain injury.

In some cases CP may be suspected immediately due to traumatic delivery which can lead to early detection of the disorder. However, most cases are discovered by parents who realize that their child is not hitting the developmental markers they should be easily surpassing.

What kinds of birth injuries can cause cerebral palsy?

There are a number of risk factors associated with cerebral palsy that greatly increases a child’s chance of developing the disorder. While none of these factors ensure that a child will develop CP, if they do occur it is important to bear in mind that CP may be a possible result. However, just because a child does not experience these risk factors does not mean they are immune to developing the disorder. These risk factors are often present in infants who develop CP:

Asphyxia refers to an inadequate supply of oxygen to the brain. Common examples of asphyxia include choking and hyperventilating but when it occurs during labor and delivery it is referred to as birth asphyxia. Birth asphyxia can occur due to a variety of reasons, including an umbilical cord being wrapped around a child’s neck, delivery complications such as an infant presenting any way other than head first or their shoulders impeding birth, and maternal shock that can cause placental abruption.

For many years, the medical community assumed that asphyxia was the only cause of cerebral palsy. However, it is now estimated that only 6-8% of all CP cases are caused by asphyxia.

In some cases, a mother’s blood type may conflict with that of her infant and her red blood cells may transfer into the fetus or placenta during pregnancy. It can occur in the following configurations:

When these types of blood incompatibility are present, the mother’s blood can develop antibodies that will attack the infant’s blood cells, resulting in jaundice. Rh incompatability is a more significant risk as when a mother is Rh-negative and their child is Rh-positive, the mother’s body will treat the baby as a viral infection and produce an immune response to attack the perceived infection which can lead to brain damage. Both incompatibilities can be discovered and prevented by completing a blood test in the early stages of pregnancy. Treatment can occur at 28 weeks which will prevent complications.

Certain infections, whether present in the pregnant mother, fetus, or infant, can lead to cerebral palsy. The most common infections which increase the likelihood of developing CP include:

Women already infected with herpes should notify their doctor immediately in order to receive a suppressant drug which can greatly reduce complications associated with the infection.

My child has cerebral palsy. How can I pursue a medical malpractice lawsuit?

Every year, many cases of cerebral palsy are caused by medical negligence. However, it important to not that just because your child was born with CP it does not mean you will necessarily be entitled to compensation from the medical team that delivered your child. A birth injury malpractice case can only be pursued if it can be proven that your child’s cerebral palsy was caused by negligence on behalf of your doctor, nurses, or hospital. Common examples of medical negligence during birth include:

If you believe your child’s cerebral palsy was caused by negligence during your medical care, it is of crucial importance that you contact an experienced birth injury malpractice lawyer with whom you can discuss the specifics of your case and advise you on how to proceed. There are many important factors to take into consideration when pursuing a medical malpractice lawsuit that should be thoroughly discussed with your attorney. However, if your child’s injury was caused by medical negligence then a medical malpractice lawsuit could provide you with compensation to pay for your child’s necessary lifelong medical care.