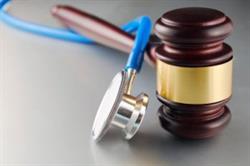 Three years ago, the Missouri Supreme Court declared that the state’s flat $350,000 cap on noneconomic damages, "violated the constitutional right to have a jury decide Missouri common law claims." This is because "when Missouri’s Constitution was adopted in 1820, there was a right to a jury trial in cases such as medical malpractice claims," according to medicalmalpracticelawyers.com.

The new Missouri law, passed by the state’s legislature and Governor Jay Nixon, does the following:

In addition, the new law reclassifies medical malpractice claims as statutory claims, whereas they were previously common law claims. This could potentially result in the removal of a medical malpractice plaintiff’s right to a jury trial in Missouri.

Medical malpractice law, specifically regarding caps on damages, is a point of contention in many states.