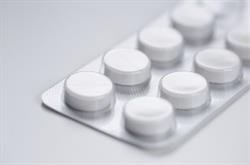 A woman in Alabama has filed a federal defective drug lawsuit in which she alleges that her child’s birth defects were caused as a result of her use of Zofran during her pregnancy. Learn more in our blog.

The woman’s doctor had prescribed Zofran to treat her nausea during her pregnancy.

Zofran is a prescription medication manufactured by GlaxoSmithKline. Zofran, "has been approved by the FDA for more than twenty-five years to treat nausea and vomiting associated with chemotherapy treatment, radition treatment, and surgery for cancer," according to medicalmalpracticelawyers.com. "An off-label use of Zofran by some physicians has been to treat nausea and vomiting during pregnancy."

In the lawsuit, the plaintiff "alleges that her eight-year-old son was born with a high pallet, extra digits on his hands, a distended kidney, and has glaucoma," all as a result of Zofran. The child is special needs, does not speak, has seizures, and is developmentally delayed. He has been diagnosed as having a congenital birth defect known as Trisomy 13, in which there is a duplication of the long arm o fthe 13th chromosome. In the lawsuit, the plaintiff alleges that both she and the child’s father "were genetically tested for chromosomal issues that could be responsible for their son’s Trisomy 13, and that neither parent had any such chromosomal abnormality."

The lawyer for the plaintiffs stated that while previous studies had not indicated an association between Zofran and birth defects, "a more recent study published in the American Journal of Obstetrics and Gynecology found a 30 percent increased risk of major congenital malformations from Zofran use." "The defendant alleges that there is no proof that Zofran causes birth defects and is seeking dismissal of the plaintiff’s defective drug lawsuit."