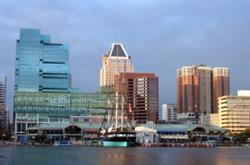 Nolan Reimold, a former Baltimore Oriole who now plays for the Orioles AAA minor league team the Norfolk Tides, recently filed a medical malpractice claim against Johns Hopkins in Baltimore. He alleges that a neurosurgeon told him he could return to baseball before he was fully healed, and that this negligence caused him to reinjure the surgically repaired area of his spine.

Reimold suffered a herniated disc in his neck in 2012. He had spinal fusion surgery at Johns Hopkins in June 2012. Six months later, a neurosurgeon told him that he could play baseball with no restrictions on movement.

Reimold alleges that the while he believed the fusion was complete when the surgeon told him it was, that it actually was not. "I had no idea that every game I played cause me further injury because my bones weren’t fused," said Reimold.

After playing 40 games in the 2013 season, Reimold had to undergo a second spinal fusion surgery. He claims that this was the result of returning to baseball before the first surgery had fully healed.

So was six months too soon? According to a medical study published in 2011 that looked at baseball players who had suffered a cervical disk herniation or lumbar disc herniation, the majority took nearly a year to recover after surgery before returning to baseball.

What is a herniated disc?

A herniatic disc may occur as a result of trauma to the cervical spine, or may occur spontaneously. The disc itself presses on a cervical nerve in the spine, which pinches the nerve and causes symptoms that may include arm pain, numbness, tingling, and muscle weakness.

Herniated discs are usually treated with medication and physical therapy, but if pain does not resolve itself within 2-3 months, surgery is an option. "The success rate for back surgery for a cervical herniated disc is about 95 to 98% in terms of providing relief of arm pain," according to Spine Health.