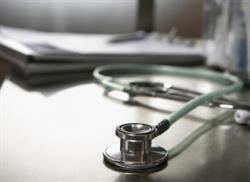 A Circuit Court in Tennessee has issued a written statement that this court has found that the cap on non-economic damages in personal injury cases in the state is unconstitutional. The written Memorandum and Order was filed on March 9, 2015, in a case "involving claims for personal injury damages arising out of a traffic collision."

The Tennesses Civil Justice Act of 2011 is a tort reform act that applies to all personal injury claims that accrued after October 1, 2011 in the state. The act created a limit of $750,000 on non-economic damages on personal injury claims, which in Tennessee also includes medical malpractice claims. If the injury or loss is found to be "catastrophic in nature" this limit increases to $1,000,000.

The Circuit Court judge stated that the right to a jury trial on liability and damages is fundamental and protected by the constitution of the state. His argument continues that in light of this, if a strict scrutiny analysis is applied to the damages cap, the analysis does not demonstrate a compelling state interest that would override this fundamental and constitutionally protected right. And that because the caps make an arbitrary distinction that creates two separate categories of suffering under two different levels, "the Tort Reform Act also violates the constitutional guarantee of due process and equal protection."

The judge continues, arguing that tort reform is a misnomer for what actually constitutes a reform of the jury system.

No law either in Tennessee or elsewhere has been introduced to change the system of tort law - the duty of one person to act with reasonable care with respect to another person. Rather, the effort both in Tennessee and elsewhere is to limit the recovery by juries in what have been traditionally known as tort, or personal injury cases. If the legislation were to be named properly, then, it would be "jury reform." The sole thrust of the legislation is not to change the law of responsibility between individuals but to limit, and, therefore, express distrust of, juries and their verdicts.