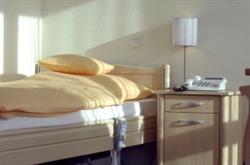 The man had recently had lumbar fusion surgery on his back and checked himself into the nursing home after he was discharged from the hospital, in order to get help with everyday living activities and rehabilitation, as he had been told by his surgeon not to walk during recovery. However, after he was admitted to the nursing home, he was left unattended in bed for more than 3 hours in extreme pain without pain medication, and without assistance for using the bathroom. This was in spite of the fact that he pushed a bedside button that is used to request assistance from staff.

The man did not want to soil himself in bed, so he went to the bathroom despite the instructions from his surgeon not to walk. He sat on the toilet for 45 minutes and received no assistance to return to his bed. He fractured his pelvis in an attempt to get back to bed, and had to wait an additional 5-10 minutes until the nursing home staff finally helped him.

Unfortunately, the story does not end here. After he was treated at the emergency room for his pelvic fracture, "He was later transported to another nursing home owned by the same defendant for-profit nursing homes owner, where he alleges he suffered for 17 days without being his pain medication."

The man now spends most of his time in bed and alleges that had it not been for the nursing home’s negligence, he would not have suffered these injuries.