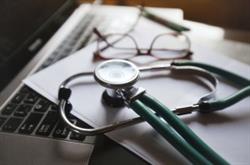 A $4.4 million medical malpractice verdict is being reconsidered by the Court of Appeals of Georgia after the losing defendant asked the panel to overturn the jury’s verdict in favor of the plaintiff from May 2014. The issue at hand involves a form of participation by the jurors which is not usually seen in the court room.

The plaintiff was undergoing a cardiac catheterization procedure when "a small amount of radioactive tracer solution leaked into his arm due to IV infiltration, causing him to suffer complex regional pain syndrome that led to his need to have a stimulator implanted in his spine to help control his pain," according to medical malpracticelawyers.com. The defense denied both that negligence had occurred, as well as the claim that the plaintiff was suffering from complex regional pain syndrome.

The defense noted in its appeal that issues stemmed from the fact that temperature discernment is subjective, that not all the jurors touched the plaintiff’s hand (which could have caused them to have an influence over the other jurors during deliberations), and that by touching the plaintiff an "improper intimacy" was created between the plaintiff and the jurors.

The plaintiff’s lawyer noted that jurors had the right to use their own judgment after receiving conflicting testimony from the experts. Jurors are allowed to use all 5 senses, and used their sight to determine if the plaintiff’s skin tones had changed (which would suggest chronic regional pain syndrome). The lawyer also noted that the fact that only some jurors touched the plaintiff’s hands as consistent with the fact that jurors do not all approach their responsibilities in the same way. Some, for example, take notes, while others do not.