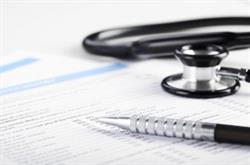 A 23-year-old woman received a $2,535,869 verdict for a Maryland medical malpractice claim she filed against the defendant hospital in Anne Arundel County for failing to diagnose her symptoms of cauda equina. The verdict was reduced, pursuant to Maryland’s cap on non-economic damages in medical malpractice cases.

The then 19-year-old woman was experiencing severe lower back pain and pelvic numbness. She also had a history of bulging discs in her back. Despite this, when went to the emergency room of a local hospital in Anne Arundel County, she was discharged without arrangements for an MRI or neurosurgical consultation.

Two days later, she returned to the same emergency room, with the additional symptoms of urinary retention and loss of rectal tone. This time, she was diagnosed with cauda equina syndrome.

Cauda equina syndrome "is a severe neurological condition that requires immediate medical attention in order to avoid serious and permanent neurological injury, including incontinence and permanent paralysis." The cauda equina itself is the name for the bundle of nerves at the end of the spinal cord. If they become compressed, significant function to the lower body is disrupted, which, as stated above, is an emergency that needs to be treated immediately to prevent permanent damage.

The woman received treatment after her second visit to the emergency room, but continues to experience nerve pain and sexual dysfunction because she was not properly diagnosed initially. Other permanent damage she experiences is weakness in her left foot, chronic constipation, and difficulty voiding.

"The defense argued that the diagnosis of cauda equina syndrome cannot be made until there is some evidence of bowel or bladder dysfunction, which the Maryland medical malpractice jury rejected," according to medicalmalpracticelawyers.com.

If a health care provider fails to diagnose a medical condition when it would be reasonable for him or her to have made the diagnosis, and this failure to diagnose results in permanent injury or death, this may be considered medical malpractice.