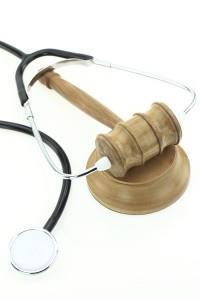 A woman in Delaware was awarded a $100 million verdict against Boston Scientific Corporation. The manufacturer was accused of creating a defective transvaginal mesh. The suit alleges that the woman received the vaginal mesh implant in 2009 and suffered severe medical complications because of it.

The plaintiff received a Pinnacle and Advantage Fit mid-urethral sling mesh implant because she experienced stress urinary incontinence and pelvic organ prolapse. Boston Scientific Corporation made the device. According to the suit, the implant eroded after the surgery. The woman had two additional surgeries to remove the transvaginal mesh and treat the injuries the mesh allegedly caused. However, even after the surgeries, parts of the mesh still remained implanted in the plaintiff. This caused her injuries such as urinary tract infections, vaginal scarring, inability to engage in sexual relations, and chronic pain.

Boston Scientific Corporation has had to recompense six other plaintiffs who were allegedly also injured because of the transvaginal mesh. To resolve 3,000 other similar claims, the company agreed to pay $119 million. The verdict in Delaware included $75 million in punitive damages and $25 million in compensatory damages.

A spokesperson for the corporation said that Boston Scientific found fault with the jury’s decision and planned to appeal the verdict.

We believe manufacturers have a responsibility to protect their consumers. If you were a victim of the transvaginal mesh, contact our product liability attorneys today.