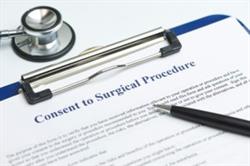 While a tonsillectomy is one of the most routine procedures performed by oral surgeons, there are rare instances in which something can go wrong. In the case of a Pennsylvania man who had been suffering from tonsillitis, even this most routine of procedures unfortunately resulted in a complication that has caused him to lose his sense of taste. Last month, he and his wife were awarded $1.5 million by a medical malpractice jury for a lack of informed consent claim. Learn more about the case in our blog.

The 40-year-old man had been suffering from tonsillitis on and off for 4-5 years. In September 2009, he sought treatment from the defedant oral surgeon, who found that the man’s tonsils were very cystic. He recommended a tonsillectomy, which was performed 2 weeks later. After the surgery, the man said he had lost the ability to taste, but retained a metallic taste in his mouth that would not go away.

Though loss of taste is a very rare side effect of tonsillectomy, it is possible. It may be the result of nerve damage during the procedure. Loss of taste can be reversible, but this is not a guarantee.

As a result of his loss of taste, the man then filed a medical malpractice case against the oral surgeon. He alleged negligence in the performance of the tonsillectomy, and also alleged that the oral surgeon had not obtained his informed consent, as he had not advised him of any risks, including the possibility that he could lose his sense of taste. He also alleged that he had suffered from mental distress as a result of his injury, as he owned a restaurant at which he cooked. His wife claimed loss of consortium.

The jury awarded the man and his wife a $1.5 million verdict based on the lack of informed consent claim.