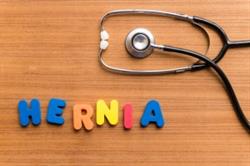 A wrongful death medical malpractice suit has been filed in Illinois by the widow of a man who died after an allegedly negligent hernia repair surgery. The widow also alleged negligence on the part of a number of other health care providers who failed to properly diagnose and/or treat the man in the days after the negligent hernia repair surgery. Learn more about this case below.

The man had laparoscopic incisional hernia repair surgery performed on January 30, 2015. After the surgery the man said he could not urinate, so a catheter was inserted. The following day he made the same complaint, and also complained of nausea, vomiting, and a bloated abdomen. However, he was discharged from the defendant hospital, the catheter still in place.

On February 4 he went to another defendant doctor, complaining of the same symptoms, but the doctor took no action other than to reassure him that his recovery would continue.

The next day, the man went to the emergency room, complaining of abdominal pain. ER doctors found that he had abnormally low blood pressure and an abnormally high heart rate. In addition, "A CT scan found gas and fluid collecting in his pelvis and abdomen, which suggested the potential of a bowel leak and/or abscess, according to the widow’s medical malpractice lawsuit." Another defendant doctor was consulted at this time but did not recommend emergency surgery, and none was performed.

The next day, the man was transferred back to the hospital where he had had the original hernia surgery. The surgeon performed exploratory surgery into the abdominal cavity "with abdominal washout, repair of a small bowel enterotomy, removal and explant of synthetic abdominal wall mesh and placement of biology Strattice mesh," according to medicalmalpracticelawyers.com. However, the man died 3 days later.