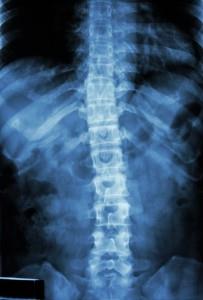 A Maryland hospital may have used fake spinal hardware in a number of spinal fusion surgeries, according to a lawsuit filed by health insurers against the hospital. Learn more about the allegations below.

The lawsuit "reportedly alleges that hospitals and surgeons willfully failed to insure the material was genuine and FDA approved." The lawsuit comes after the manufacturer of the allegedly counterfeit spinal hardware products was forced to recall some of its spinal products in 2013 by the FDA.

The hospital reportedly conducted an internal investigation but failed to find any evidence that counterfeit spinal hardware products were used in treating patients. It has sent letters to "about 250 former spinal surgery patients who may have received the fake spinal hardware."

The fake products are very hard to distinguish from the real thing, and the two products may have been mixed together, making it almost impossible to tell which was which, according to medicalmalpracticelawyers.com.

The products themselves included fake screws and fake rods. If either component were to fail between 6 weeks and 6 months after spinal surgery, it could cause the bones to not heal properly, which would cause pain and necessitate additional surgery. Potential for failure stemmed from the fact that the products were not made from medical-grade titanium, and that the threads of the screws were uneven, which increased the chances they could back out or break.

To learn more about Spinal Solutions, the alleged manufacturer of the counterfeit spinal hardware, read this report by The Center for Investigative Reporting.