One in Four Adults Victim of Medical Error in Massachusetts 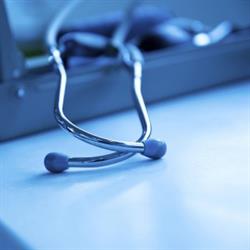 Nearly one in four adults (23%) in Massachusetts reported that they had been the victim of a medical error in the past five years, according to a survey conducted by the Harvard School of Public Health. Not only that, but more than half of these incidents resulted in some sort of harm to the patient. And despite this, just a little more than half (54%) of the survey’s respondents said they reported the medical error to someone.

The survey gathered data from respondents who had been victims of medical errors to describe the nature of the error. It found the following information:

38% - reported that they were given the wrong test, surgery, or treatment.

34% - said that they were given instructions on follow-up care that were unclear or incorrect.

32% - were given the wrong medication.

32% - reported having contracted an infection from a test, surgery, or treatment.

75% of the errors reported in the survey had occurred in a hospital. A little more than half of the respondents, 52%, placed the blame for the error on individual physicians, not the hospital.

90% wanted to prevent the error they suffered from happening to another person.

68% wanted someone to help them cope with problems they were suffering as a result of the error.

40% were angry because of the error and reported it to get it off their chest.

31% were seeking punishment for the responsible party.

17% were seeking compensation for harm they suffered as a result of the error.