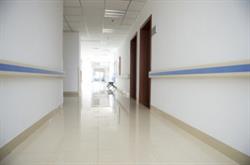 A woman who had to have parts of all four of her limbs amputated has filed a medical malpractice lawsuit against the Maryland hospital that performed the amputations. She claims that the hospital’s failure to diagnose her condition led to sepsis, which in turn led to gangrene, which led to the four amputations.

The 59-year-old woman went to Howard County General Hospital 3 times in 2012, suffering from severe pelvic pain. All three times she was discharged without a diagnosis of the source of her pain. After her third visit, the woman was waiting to be discharged from the emergency room when she was found "incoherent and cold to the touch."

She was admitted to the hospital and diagnosed with sepsis, which was the result of degrading uterine tissue. Sepsis occurs when the body has a severe response to bacteria known as systemic inflammatory response syndrome (SIRS). Sepsis itself involves a drop in blood pressure that can affect a number of bodily systems. In the case of the woman, the sepsis caused a drop in blood flow to her extremities led to gangrene, which is the death of tissue in part of the body. Due to the death of tissue, the woman had to have her legs amputated above the knees and her arms amputated below the elbows.

The medical malpractice lawsuit alleges that the staff at the hospital were negligent in their failure to complete a pelvic exam, and in their failure to diagnose her condition despite the fact that ultrasounds showed a fluid collection that was not explained. She is suing for an undisclosed amount.