The Data on Healthcare Associated Infections in Maryland 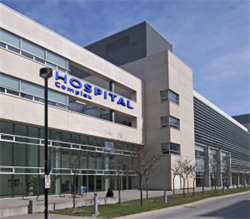 A healthcare (also known as hospital) associated infection (HAI) is one that a patient contracts while receiving medical treatment in a healthcare facility. These infections can range from mild to severe, and in worst case scenarios can be fatal.

The Centers for Disease Control tracks the prevalence of healthcare associated infections in hospitals and healthcare facilities across the country. It recently released a comprehensive report titled "National and State Healthcare Associated Infections Progress Report," which looks at data from 2013 for the prevalence of six HAIs in more than 13,000 healthcare facilities and hospitals across the country. Here’s what the report found with regard to these six healthcare associated infections in Maryland.

This occurs when a tube is inserted into a large vein and is either not put in correctly or not kept clean. This allows germs to enter the bloodstream.

This occurs when a urinary catheter is not inserted correctly, not kept clean, or kept in a patient for too long. This allows germs to infect the bladder and the kidneys.

MRSA bacteria (Methicillin-resistant Staphylococcus aureus) are spread on contaminated hands, and can cause bloodstream infections.

Surgical site infections occur when bacteria are transferred to an opening in a surgical site and enter the body, where they can cause a number of infections.

C. Difficile infections are caused when good bacteria that protect the body from infections are killed by antiobiotics, allowing Clostridium difficile bacteria to cause potentially deadly diarrhea.