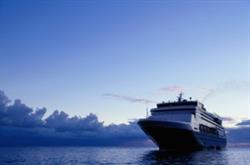 In November of 2014 the Eleventh Circuit Court of Appeals overturned a longstanding precedent that granted owners of cruise ships immunity for medical malpractice that occurred on board the ship. Now, the court has rejected a bid by Royal Caribbean Cruise Line, against whom the original suit was filed, to revisit this ruling. None of the judges on the 11th Circuit voted in support of reconsideration, according to WTXL TV.

The cruise line could appeal to the U.S. Supreme Court, and is considering its legal options.

The case in question concerns the death of Pasquale F. Vaglio, who fell and hit his head while debarking from a Royal Caribbean Cruise Line ship that was docked in Bermuda. He was returned to the ship to receive medical attention. Unfortunately, Vaglio died within a week of the fall.

The personal representative of Vaglio’s estate, Patricia Franza, filed a lawsuit against the cruise line, and alleged that Vaglio was a victim of numerous instances of medical negligence that ultimately led to his death. These include:

The trial court struck down the estate’s lawsuit against the cruise line under a rule known as the Barbetta Rule, which was established nearly 100 years ago by the 5th Circuit Court of Appeals in Barbetta v. S./S Bermuda Star. At the time, passenger ships had few if any options for medical treatment on board. In order to protect the cruise line, the court established a rule that "immunizes a shipowner from respondent superior liability whenever a cruise ship employee rends negligent medical care to its passengers."

This precedent survived for a long time. But as times changed, medical treatment facilities and personnel became more common on ships, and modern cruise lines now advertise the presence of state-of-the-art medical facilities on board.

After the trial court struck down the case, Franza appealed to the circuit court. The court found that it was "disingenuous for large cruise lines to disclaim any medical expertise when they routinely provide access to medical care in the infirmaries they have constructed for this very purpose."