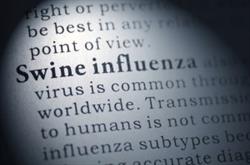 Six years after a series of medical errors resulted in the death of her daughter, the child's mother was awarded $8 million in her medical malpractice case against the defendant physicians. Because the case took place in Louisiana, this verdict was reduced to $500,000 in accordance with the state's cap on medical malpractice damages.

The incident occurred in 2009 when the swine flu was at epidemic levels. The 8-year-old child had been suffering from a sore throat and fever, accompanied by coughing and sneezing, for two days. Her mother brought her to her pediatrician, who diagnosed the condition as sinusitis and prescribed a number of medications for treatment.

The mother called the pediatrician the following day and told him that her daughter's condition was worsening. The pediatrician advised her to continue treatment with the medications he had prescribed. Later that day, the mother took her daughter to the hospital. She tested positive for Influenza A, but received no treatment or antiviral medication.

Three days later the mother took her child to another doctor after her condition continued to worsen. This doctor advised that the child continue with the previously prescribed medications and continue to get rest and fluids. He also allegedly failed to properly examine the child.

Two days later the mother called her pediatrician, who told the mother not to bring the child to the emergency room despite the fact that she had a 103 degree fever and no appetite. The mother took her daughter to the second doctor the next day, who told her to take her daughter to the emergency room. Her blood oxygen level in the emergency room was 67% and her respiratory rate was 60 breaths per minute with a crackling sound. The next day she finally received antiviral medication but was suffering from pneumonia and respiratory distress. Two days later she was placed on a ventilator, and died the same day. The total duration of the incident was 11 days.

"The child was at high risk for developing complications from the flu due to her history of asthma, bronchial pulmonary dysplasia, and pulmonary hypertension related to her development following her premature birth at 27 weeks," according to medicalmalpracticelawyers.com.