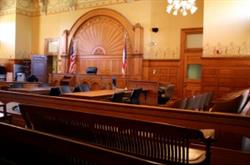 The Court of Special Appeals of Maryland recently ruled in a medical malpractice case in which the defendant testified as to her habitual actions when treating a patient, as she alleged not to remember treating the patient whom the case concerned.

The suit was filed by the guardian of Judith Phillips, who died in 2004 after a series of medical treatments, which had initially been provoked by a fall the decedent suffered while working at a nursing home. She slipped and fell on a wet floor, was immobilized on a backboard, and taken to a local hospital.

There she was treated by an emergency room physician, the defendant in the Maryland medical malpractice case. She was discharged an hour after her arrival. The physician’s notes did not say that Phillips had back pain.

After the initial trip to the emergency room, the patient underwent a series of subsequent treatments under the care of different physicians for worsening back and leg pain. X-rays showed that she had suffered "an acute compression fracture of the L3 vertebrae with nerve root compression," according to medicalmalpracticelawyers.com. She then "underwent a posterior spinal fusion and anterior spinal fusion to correct the L3 burst fracture." Phillips was at a rehabilitation facility when it was discovered that she had an infection from the surgery, and was transferred to the hospital. There, she suffered an anoxic brain injury as a result of "an unexpected ventricular fibrillation arrest. "The decedent remained in a persistent vegetative state for eight days before she died."

At the trial, the defendant emergency room physician said that she did not remember the patient, as she had treated thousands of patients who had arrived on a backboard during her 4 and a half years time at the hospital. The judge allowed the physician to testify as to her normal routine when treating patients who arrived in the emergency room on a backboard. The defendant testified that she always conducted a spine examination before removing a patient from a backboard, and that her routine was invariable.

The trial court had allowed this testimony during the proceedings, and the jury found in favor of the defendant. The plaintiffs appealed, but the appellate court found that the trial judge had not erred in admitting the testimony of the defendant. In addition:

The Appellate Court further held that corroboration of the defendant's habit testimony was unnecessary for her testimony to be admitted because there is no requirement that the habit testimony be corroborated by other evidence, and that the jury, having heard the evidence, could weigh the testimony and decide what weight to afford it.