Man Charged With Practicing Without a License in Maryland 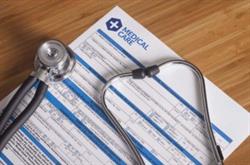 A man was charged with practicing without a license in Maryland by the Maryland Board of Physicians, a decision which was upheld last month by the Court of Special Appeals of Maryland. Learn the circumstances that led to the charge, below.

Man Charged With Practicing Without a License in Maryland

The man, who is not a physician, worked in his father’s medical office in Maryland. His father was a physician but his license was revoked in May 2015 by the Board of Physicians.

Prior to the revocation of his license, the father ran a medical practice that treated children with autism and related disorders.

The charge stems from two incidents which took place over the course of 3 years.

The first occurred on July 5, 2005, when the mother of a boy with autism brought her son to the practice for treatment. The mother and son were interviewed jointly by the father (then a practicing physician) and the son. One of the two (it is not known which) completed an Autism Treatment Evaluation Checklist (ATEC), which "is used to measure the severity of a patient’s autism and the effectiveness of the treatment if the ATEC is used on successive occasions." A number of possible diagnoses were written on the checklist, and laboratory testing was recommended but not completed.

The second occurred on May 19, 2008. The mother and son again visited the medical practice and filled out an ATEC. The mother and son were seen by the son only, not his father. They were not aware that he was practicing without a license. He wrote a potential diagnosis on a patient interview form.

After this incident, the mother reported to the Maryland Board of Physicians that this man was practicing without a license. "The Board concluded that the physician’s son had practiced medicine without a license because the son had diagnosed the patient, he had selected the blood tests to order for the patient, and he had ordered those tests," according to medicalmalpracticelawyers.com.

The son appealed to the Circuit Court for Montgomery County, and the Court of Special Appeals of Maryland, both of which affirmed the decision of the Board.