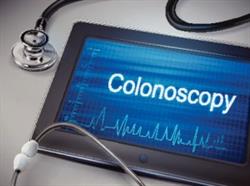 The case concerns a Navy Veteran who had a routine colonoscopy and endoscopy performed on July 8, 2014 at the Naval Hospital Jacksonville, in Florida. In a medical history form the man filled out prior to the procedure, he had noted that he had asthma and arthritis. However, he did not note that he had sleep apnea. In the lawsuit, the plaintiff’s lawyer alleges that sleep apnea was not specifically included in the questionnaire.

However, he had received treatment at this hospital before, and his history of sleep apnea was documented in the electronic medical records system of the hospital. Despite this fact, the lawsuit alleges that precautions that should have been taken prior to the colonoscopy/endoscopy to ensure the man’s airway stayed open were not taken.

As a result, during the procedure the man’s oxygen levels began to fall. The lawsuit alleges that the anesthesiologist did not react fast enough. The man’s brain was ultimately deprived of oxygen for 22 minutes, which led to cardiac arrest and brain damage. The lawsuit alleges that it should have taken 3 minutes or less to perform resuscitation. The man is now unable to talk, walk, or eat, and lives in a nursing home.

Other Instances of Colonoscopy Malpractice

Perhaps the most common instance of colonoscopy malpractice is when the colon is punctured, leading to other complications such as sepsis and infection. However, it’s important to note that a puncture is consider to be understood as a risk of the procedure. Therefore, in order for the error to result in malpractice, it usually happens that the puncture goes unnoticed, leading to infection and severe complications. If you have any questions about colonoscopy malpractice, please contact The Snyder Litigation team today.