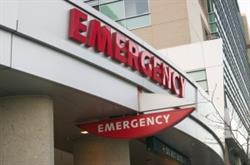 A man who became permanently paralyzed from the waist down after negligent treatment at a hospital emergency room received a verdict for $6.6M from a trial jury in Philadelphia.

The man went to the emergency room in November 2010 complaining of severe back pain, fever and nausea. The man was also a heroin addict. He was given narcotic medication and received extensive medical testing. This included an EKG, x-rays, and blood work. The testing showed that he had an infection. The man was then discharged with a prescription for narcotic medication for his back pain.

The medical negligence occurred after the man was discharged from the emergency room. The final results of the blood cultures were not available prior to his discharge. When they came back, they "showed that the man had a systemic infection that needed prompt treatment."

The hospital tried to call the man but did not receive an answer. They decided to send a letter to his address by certified mail to inform him of the need for treatment. Unfortunately, the man suffered paralysis from the waist down prior to the arrival of the letter.

The trial jury found that while the physician who treated the man at the emergency room was not liable, the defendant hospital was "64% responsible for the man’s permanent and severe injury because it had failed to follow its own policies in place to protect patients who had abnormal medical test results."