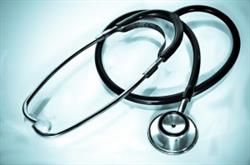 A medical malpractice plaintiff in Kansas failed to provide enough evidence to override a summary judgment for the defendant radiologist, whose alleged negligence she claimed resulted in the wrongful death of her husband.

The man went to the emergency room of a hospital in Kansas in August 2007, complaining of abdominal pain, with a history of nausea and dry heaving. CT scans were taken of his abdomen, pelvis and chest, and were sent to the defendant radiologist to be interpreted.

The radiologist verbally conveyed a report to a physician’s assistant, and dictated his written report. The physician’s assistant wrote notes based on the verbal report, which said that the "defendant radiologists suspected that the man had an obstructive process of the gallbladder." The PA referred the man to another hospital, where the man and his CT scans were received by a surgeon.

This surgeon said that the only information with which he had been provided regarding the defendant radiologist’s interpretation of the CT scans "was that the man had an enlarged gallbladder, ‘funny-shaped’ liver, and an absent spleen." He reviewed the scans with another radiologist, and they did not find evidence of any obstruction or "acute inflammatory change." The man died at this hospital the same day of his arrival.

The woman filed a medical malpractice suit against all parties involved. She alleged that the first defendant radiologist had not properly interpreted the CT scans, and that had he done so, her husband would not have died.

However, the radiologist moved for a summary judgment, claiming that because the physicians at the second hospital did not use his interpretation of the CT scans in their treatment, instead using their own interpretation, that the death of the patient was not contingent on his allegedly incorrect diagnosis.

The trial court approved the summary judgment. The plaintiff appealed all the way to the state’s Supreme Court, which affirmed this decision.

This case illustrates the importance of a medical malpractice claim having a strong foundation. While the defendant radiologist’s interpretation of the CT scan was allegedly negligent, the court found that it did not contribute to the death of the man, because it was not used by the next physicians.