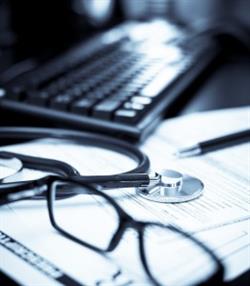 The owner of a Maryland-based company is facing criminal charges for allegedly defrauding Medicare and Medicaid between 1997 - 2013, as well as alleged health care fraud resulting in serious bodily harm and death. The charges were filed by a federal grand jury in Maryland, and totaled 33 counts.

The Maryland-based company was a portable diagnostic services company that allegedly created false radiology, ultrasound, and cardiologic interpretation reports. According to the court, the company would perform x-rays, ultrasounds, and cardiologic examinations, and then would purport to send these to licensed physicians for interpretation. The reports would then be used by the company’s clients’ treating physicians, under the assumption that they had been interpreted by a medical professional.

The court alleges the reports were interpreted by employees of the company, who were not licensed medical professionals. It further alleges that the company would then submit insurance claims to Medicare and Medicaid for these services, as well as services that were never performed, or were "in excess of the number examinations ordered by the treating physician."

Because these services were not rendered by professionals, patients were put at risk of serious medical injury. The indictment rendered by the federal court alleges that the x-rays of four patients were said to have been interpreted by a qualified radiologist, but were instead interpreted by employees of the company, who did not detect information on the x-rays indicative of "congestive heart failure, pneumonia, and a large pelvic mass." This failure to accurately interpret the x-rays allegedly led to complications, and later the deaths of the four patients. "The indictment alleges that had those x-ray images been correctly interpreted by a licensed radiologist, the medical treatment for those patients would have been different and/or their surgery avoided."

The indictment also alleges Medicare and Medicaid fraud through false insurance claims, overcharging, excessive services ordered, and false representation of the company. It "seeks the forfeiture of at least $7.5 million" in assets, and the owner of the company could face a maximum sentence of life in prison for conspiracy and health care fraud, as well as lesser penalties for the other counts.