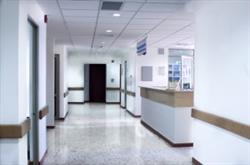 Kaiser Permanente, the largest managed care organization in the United Sates, was hit with a $28 million medical malpractice verdict in Los Angeles after being found liable for medical negligence that resulted in the amputation of several extremities of a young woman.

In August 2008, the then 16-year-old woman began experiencing pain in her lower back. This pain extended to her right leg by January 2009, prompting her to seek treatment from a chiropractor one month later. The chiropractor advised that she get an MRI done at Kaiser Permanente.

In July 2009, the woman finally received an MRI. The MRI found a tumor in her pelvis, which was diagnosed as osteosarcoma, a cancerous tumor in a bone that is most common in children and young adults. She received several months of chemotherapy, "but ultimately had to undergo lengthy surgeries that resulted in the loss of her right leg, a portion of her spine, and one-half of her pelvis."

The plaintiff alleged that had she received an MRI when first requested in March 2009, she would not have had to undergo amputation. The medical malpractice trial jury agreed, awarding the woman a total of $28,215,278 as compensation for pain and suffering, future medical expenses and future loss of earnings.