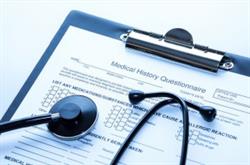 A woman in Colorado who sued the hospital where her daughter suffered a severe birth injury has been awarded the largest medical malpractice verdict ever in that state, at $17.8 million. Learn more about the case in our blog.

The woman’s child was born at a hospital in Colorado Springs on February 6, 2008. The baby had a congenital heart defect that required surgery to repair, which necessitated the transfer of the baby to a larger hospital in Aurora. Prior to the transfer, the hospital in Colorado Springs administered a drug the baby needed to have until the surgery was performed. After the administration of the drug, but before the surgery, the baby went into cardiac arrest but was resuscitated quickly.

The surgery took place on February 10. During the surgery, the baby suffered another cardiac arrest, "allegedly due to the wrong dose of medication having been administered to her before surgery." The child suffered a catastrophic neurological injury, and was resuscitated after 33 minutes. Due to the birth injury, she now suffers from cerebral palsy, and her motor skills and cognitive abilities are severely impaired. The child, who is now 7 years old, requires constant care and supervision.

The breakdown of the verdict is as follows:

$557,823 for birth injury-related medical expenses from the date of the surgery to the present time.

$1.9 million for anticipated injury-related medical expenses until her 18th birthday.

$2.1 million for anticipated loss of earnings.