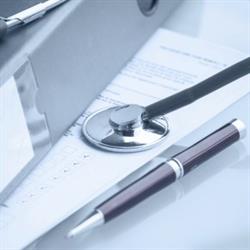 A Los Angeles County man received a $4.5 million medical malpractice settlement as a result of claims filed against Los Angeles County and the University of Southern California Medical Center. In addition to the $4.5 million settlement, the man’s medical treatment costs ($790,000) were waived, in addition to the $200,000, "that the plaintiff would otherwise have had to pay to Medi-Cal as a result of his receipt of the medical malpractice settlement payment."

In September 2010, the then 27-year-old man was involved in a motorcycle accident and had to have a ruptured aorta surgically repaired with a stent graft. His recovery proceeded normally. A little more than one year later, the man collapsed while playing basketball.

He was taken to the Los Angeles County and USC Medical Center emergency room complaining of loss of sensation in his legs as well as extreme pain. Two days later, after his conditioned had worsen significantly, physicians at the hospital found out that a clot had formed in the stent that had been implanted the year before. This clot cut off circulation to his legs. Surgery was performed to repair the stent, but unfortunately his condition had deteriorated to the point that the surgery could not prevent permanent paralysis.

The medical negligence that led to the man's permanent injury apparently was the result of a breakdown in communications between the defendant hospital's emergency department and its inpatient medical staff. Los Angeles County has reportedly taken steps to improve communications among medical providers as a result of the plaintiff's medical malpractice lawsuit.