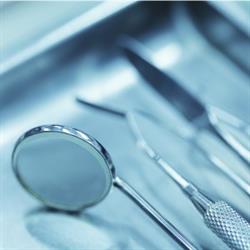 Medical malpractice can happen in any healthcare field, including dentistry. Dental treatment that does not meet the standard of care may be considered medically negligent, and if it results in injury it may be considered medical malpractice. In a recent dental malpractice case, the plaintiff received a large verdict after a jury determined that the care she had received was negligent and resulted in numerous dental problems, including bleeding gums, teeth falling out, and trouble eating.

The plaintiff alleged that the dentist who had treated her performed unnecessary treatments such as putting a crown on a healthy tooth, placing 12 crowns that did not fit, and failing to address problems with unhealthy teeth. The dentist then left the practice prior to completing the work, and the practice did not provide her with the treatment she needed. The plaintiff went to another dentist, who replaced the crowns and removed her lower molars.

While the suit was being litigated, it came to light that the dentist in question had allegedly abused several drugs during his employment including Fentanyl and nitrous oxide, and "had allegedly tested positive for Valium in a pre-employment drug screening." The plaintiff then filed for further claims against the dentist’s employer for negligence in hiring, supervision, and retention.

This led a the trifurcation of the plaintiff’s claims into three phases: dental malpractice and damages, negligence on the part of the employer, and the question of punitive damages as a result of the employer’s damages. In the first phase, concerning the negligence in treatment committed by the dentist, the jury ruled in favor of the plaintiff with a $2.8 million award. The remaining claims were then settled for an undisclosed sum, according to Medical Malpractice Lawyers.