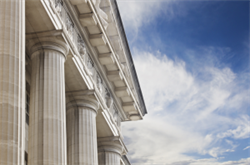 A part of Florida’s medical malpractice law was upheld in federal circuit court last week, a decision which overturns that made in a federal district court last year.

The concern here is that disclosure of this information would violate HIPAA (Health Insurance Portability and Accountability Act) regulations, which aim to prevent personal medical information from being disclosed. U.S. District Court Judge Robert Hinkle took this stance in his ruling on the case last year. But last week, a three-judge panel of the 11th U.S. Circuit Court of Appeals overturned this ruling, stating that because patients are required by law to sign forms that authorize potential disclosure of personal medical information before filing a malpractice suit, that they are free to make the choice of whether or not to allow this.

The official wording of the decision in the case (in which Glen Murphy is the plaintiff and physician Adolfo C. Dulay the defendant) is below, from the Jacksonville Business Journal:

“Murphy, and others like him, voluntarily choose to seek redress for grievances through Florida’s judicial system,” said the 36-page decision, written by Judge Frank Hull and joined by judges Stanley Marcus and James Hill. “By enacting (the section of the malpractice law), the state conditioned an individual’s ability to use a state-provided resource to advance medical negligence claims - the state judicial system - upon that individual’s executing a limited HIPAA authorization in a form that complies with HIPAA’s requirements. An individual retains the choice whether to file suit, and therefore whether to sign the authorization form.”