Ebola Victim was not Initially Diagnosed Correctly by Texas Hospital 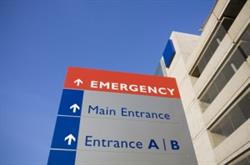 Thomas Eric Duncan, the first person to die of the Ebola virus on U.S. soil, was not diagnosed correctly on his initial visit to the hospital, despite the fact that he informed the hospital of his recent visit to Liberia, where it is well-known that the disease is prevalent.

Duncan went to the emergency room at Texas Health Presbyterian Hospital on Sept. 25th. There he told a nurse of his recent return from Liberia. However, he was sent home from the emergency room with only a prescription for antibiotics. Three days later on Sept. 28th, Duncan was admitted to the hospital and diagnosed with Ebola after his symptoms had noticeably worsened. While the hospital originally stated that they had not been made aware of Duncan’s recent travel to Liberia, it later amended its statement and noted that it had been made aware.