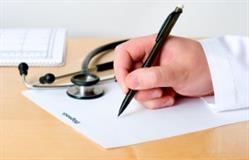 The case revolves around the birth of a now nine-year-old boy at an unnamed defendant hospital. The facts of the case state that the boy’s mother went to the hospital two months prior to her due date and "was diagnosed with preeclampsia and the potential to develop HELLP syndrom." Preeclampsia is a rise in blood pressure during pregnancy accompanied by signs of damage to another organ in the body, which is usually the kidneys. "Left untreated, preeclampsia can lead to serious - even fatal - complications for both you and your baby. If you have preeclampsia, the only cure is delivery of your baby," according to Mayo Clinic.

Delivery was induced with Pitocin, with the intention of attempting a vaginal delivery, but shifting to a Cesarean section if there were signs of distress in the baby or the mother. During the delivery fetal monitoring strips showed that there were signs of fetal distress, after which "the Pitocin was stopped and the woman was instructed to lie on her side. Later, the Pitocin was re-started at a lower dose, after which the woman delivered vaginally."

The child was born with the umbilical cord wrapped around his neck. He weighed only 3 pounds 12 ounces, and had to be resuscitated and transferred to the NICU. Though poor blood gas analysis readings improved, it was later determined that the child had periventricular leukomalacia " - death of white matter in the brain due to softening of the brain tissue - which is caused by the lack of oxygen or blood flow to the area." He developed a form of cerebral palsy known as spastic diplegia, which he will live with for the rest of his life.