Wrongful Death Cases at the Department of Veterans Affairs 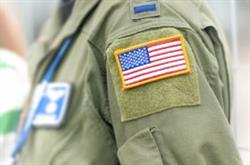 According to new findings by The Center for Investigative Reporting (CIR), nearly 1,000 veterans have been victims of wrongful death in the decade after 9/11 as a result of treatment or lack thereof by the Department of Veterans Affairs. The VA paid a combined $200 million to the families of these victims in medical malpractice payouts.

The data on wrongful deaths, which the CIR obtained through a Freedom of Information Act request, can be viewed at the CIR’s website. A map of the data shows every VA treatment facility where a wrongful death occurred, the number of cases filed, as well as the individual payout for each case.

According to CIR, "Independent legal analysts say the nearly 1,000 wrongful death payments in the decade after 9/11 represent a small percentage of the veterans who have died because of malpractice by the Department of Veterans Affairs." Furthermore, despite the numerous allegations of malpractice against the VA, the agency makes it very difficult for victims to file a lawsuit:

Unlike the private sector, where survivors can file cases in state and federal court and often win large punitive damages, families of patients who die under VA care must exhaust a monthslong administrative review process before filing a lawsuit. Even if they succeed, families can win only actual and not punitive damages from the federal government.

Despite these difficulties and delays, families of wrongful death victims can receive compensation. The CIR’s research showed that the median payout for the 1,000 wrongful death filings was $150,000.