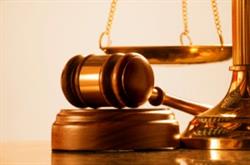 Now that Florida has removed medical malpractice caps on non-economic damages in the case of wrongful death, the question of whether other states will follow suit has been raised. Though several states have overturned caps in recent years, Florida has introduced a new dynamic into the situation in that its rational for removing the cap is one that had not previously been used.

Eleven state supreme courts have struck down medical malpractice caps on the grounds that they were unconstitutional. (For comparison, "At least 16 state courts have upheld a cap on non-economic or total damages as constitutional.") However, in its decision to remove the wrongful death non-economic damages cap in the state, Florida’s supreme court took a different route. The court questioned the veracity of the"medical malpractice crisis" in 2003 which had brought about the institution of the cap. It also stated that there was no "compelling government interest" and cited research which questioned the ability of caps to bring about lower insurance premiums.

Though the issue of medical malpractice caps had died down in recent years, Florida’s reversal could inspire more challenges to caps on constitutional grounds, as well as further examination of the idea of a medical malpractice crisis that requires caps to keep healthcare prices from skyrocketing. This November, voters in California will vote on whether to increase the non-economic damages cap in the state from $250,000 to more than $1 million.