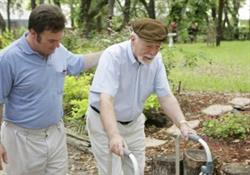 The issues don’t stop there. In order to close these backlogged cases, county officials used an unsanctioned policy called the Complaint Cleaned Project, in which 13 cases altogether were closed improperly or without sufficient investigation. Furthermore, three cases with "serious allegations" that required immediate investigation, one of which within 24 hours, were not investigated at all. Finally, "The report - issued to the federal Centers for Medicare & Medicaid Services - also noted that L.A. County’s health facilities inspection division didn’t document some cases as required and that managers did not provide sufficient oversight of inspection quality." More than 400 nursing homes fall under the responsibility of the county’s inspection division, according to Kaiser Health News.

A review earlier this year conducted by the L.A. County Audit-Controller found similar issues with the county’s health services, including the fact that almost 1,000 cases had been open for more than two years.

One delayed case involved 85-year-old Sui Mee Chiu, who had severe bed sores while at a bursing home in Arcadia that led to her death. Her daughter, Mary Chiu, submitted a complaint in 2011 about her mother’s care but it wasn’t until a news articles was published about the case in 2014 that the inspector finished the investigation.

The state has recommended numerous improvements to the county’s inspection and documentation processes, which the county has said it will implement.