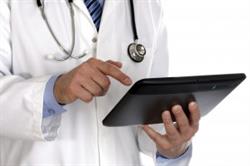 If a physician discharges a patient early from the hospital, it may be because he or she failed to meet the appropriate standard of care. Another professional may have kept the patient longer to continue monitoring the patient to ensure their vital signs were stable, or may have run further tests before clearing the patient for discharge. Another professional may have scheduled a follow-up appointment to check on the patient’s status at a later date. If the patient was discharged early due to a breach in the standard of care, he or she will have to have suffered an injury as a result in order to claim medical malpractice.

Early discharge malpractice often comes into play when a patient is readmitted in an emergency situation as a result of their early discharge. For example, a physician may have discharged a patient too early after treating them for a condition which then worsened after the discharge. If the patient then is forced to return to the hospital for emergency treatment, the early discharge may have played a role. "The patient may be able to sue for any preventable harm, i.e. damages that would not have occurred if the patient had not been discharged from the hospital in the first place."

Another situation in which early discharge malpractice can occur is in the discharge of newborn babies. The American Academy of Pediatrics holds that newborns should stay in the hospital for at least 48 hours after birth, and lists 16 points that physicians should cover before discharging the newborn, such as two successful feedings, passage of urine and stool, hearing screening, and normal and stable vital signs for at least 12 hours. If a newborn is discharged before one of these conditions are met and is injured as a result, it may be the grounds for a medical malpractice case.