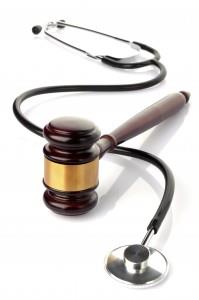 A medical malpractice verdict in favor of the plaintiff was reversed by the Pennsylvania Supreme Court, which found that the defendant physician had not been negligent in providing information which led to her informed consent of a procedure that resulted in her death.

The defendant, George Pomroy, filed a medical malpractice suit against Dr. Ernest Rosato after the procedure Rosato performed on his wife in 2008 led to her death. He was awarded $19.5 million after the Philadelphia Court of Common Pleas found that Rosato had not provided Pomroy’s wife, Marianne, with enough information to provide informed consent to the procedure.

Marianne died shortly after the operation, after which her husband filed suit, claiming that she had not been properly advised of the risks of the surgery by Rosato. The Court of Common Pleas found in favor of Pomroy, awarding him $19.5 million. However, the case was appealed to the state’s Supreme Court, which reversed the verdict. In its opinion, the court stated "After careful review of the record, we agree with Dr. Rosato’s position that no evidence was offered to prove that Mrs. Pomroy would have changed her mind and pursued saline endoscopy if Dr. Rosato had refused to provide her with the surgical removal option."