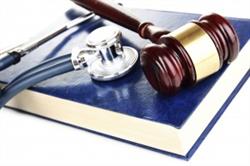 The Court of Appeals examined two Maryland statutes relevant to the case, HG § 10-618 and CJP § 5-623, which state the following:

HG § 10-618 states, in part: (a) A person who applies for involuntary admission of an individual shall have the immunity from liability described under § 5-623(b) of the Courts and Judicial Proceedings Article.

CJP § 5-623 states, in part: (b) A person who in good faith and with reasonable grounds applies for involuntary admission of an individual is not civilly or criminally liable for making the application under Title 10, Subtitle 6, Part III of the Health-General Article.

The question the court dealt with concerned the wording of the statutes and what specifically it meant for health care providers. Did the statutes provide immunity only in the event of an involuntary admission, or did it also provide immunity even if the health care provider decided not to involuntarily admit? The wording of the law could be interpreted as only providing immunity in the case of admission.

The Court of Appeals noted that health care providers by law must undergo an extensive process before involuntarily admitting a patient, in order to prevent wrongful admission, protect the civil rights of patients, and prevent excessive institutionalization. The Court then noted that it would be contradictory to have health care providers take such great precautions to avoid unnecessary involuntary admission only to grant them immunity if they chose to involuntarily admit. This could create a situation where patients were admitted involuntarily and unnecessarily in order for the admitting party to obtain immunity, thus violating the very interests the law was created to protect.