The Causes and Implications of Birth Injury 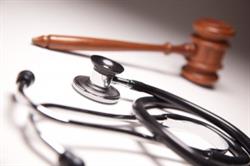 Of every 1,000 births in the United States, birth injury occurs in 7. Birth injury occurs when during the course of the birth, the doctor performing the procedure acts in a way that is considered negligent, resulting in injury to the baby. A failure to act can also be considered negligent. Cerebral palsy is a common birth injury, where damage to the brain sustained either during pregnancy or during the birth results in lifelong disability and difficulty performing simple motor functions. Other birth injuries include Erb’s palsy, shoulder dystocia, brachial plexus palsy, birth asphyxia, and kernicterus caused by jaundice. All of these injuries can result in lifelong injuries.

There are a number of different reasons birth injury can occur. These include:

The implications of birth injury are often life-long consequences. These include: