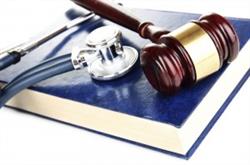 As a result of a series of laws and loopholes, Wisconsin has gained a reputation for the lack of access to malpractice litigation it offers to its citizens. Citizens who have been victims of medical negligence and wish to seek legal recourse must undergo a long process before they reach the courtroom, and consequently many never do. And even if they do reach the courtroom, previous rulings by the state’s courts have made it increasingly difficult for plaintiffs to obtain a satisfactory verdict. Still, there’s no sign that the situation in the state will change anytime soon. For now, these are just a few of the difficulties citizens of Wisconsin face when trying to file a medical malpractice claim.

Before a person can file a medical malpractice lawsuit in Wisconsin, he or she must first go through mediation via the state’s Medical Mediation Panels. This body was created in 1986, replacing an older mediation forum which was maligned for its lack of effectiveness. The new one, unfortunately, is not much better.

The panel is supposed to bring together the plaintiff, defendant, three panelists, and lawyers for both parties within 90 days of a claim being filed. But, more than half of all claims filed do not receive mediation within 90 days, and in order to extend this timeline all parties must agree to an extension. Frequently the defense does not agree to an extension, effectively rendering the mediation worthless.

"Of the 302 claims filed with the agency in 2012 and 2013…Only 67 - or 22% - actually went to a hearing, and only two of those were resolved at their hearings," according to the Milwaukee Journal Sentinal. If mediation fails or is never completed, the plaintiff still has the right to go to trial, but must find a lawyer, and the state’s tough malpractice laws have made litigating malpractice claims very difficult for the state’s lawyers.

Wisconsin’s state-run medical malpractice insurance fund is funded by premiums collected by every doctor and hospital in the state, and pays for malpractice claims that exceed $1 million. In theory, in this way it is supposed to protect both health care providers and patients, as "victims of medical malpractice are guaranteed to collect the full judgment awarded, including lost future wages." Getting this judgment, however, is another story.

The fund, known as the Injured Patients and Families Compensation Fund, had in March of this year more than $1.15 billion in assets, more than doubled from its assets in June of 1999. Payouts, however, have remained flat during that time. Malpractice lawyers in the state "say the huge treasury instead enables private insurance companies to dig in and fight claims even when malpractice is obvious, because the most a private insurer would have to pay out if it lost a multimillion-dollar verdict is $1 million." According to the Milwaukee Journal Sentinal, of the four cases where plaintiffs received an award last year, "The biggest jury award was for $1.8 million, although that was lowered to $250,000 because of a state law limiting damages on state employees."