Medical Malpractice Payouts Increase from 2012 to 2013 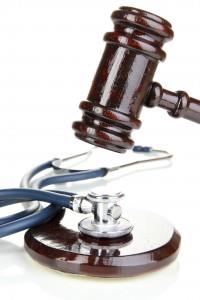 The majority of payouts that stem from a medical malpractice case are reported to the National Practitioner Data Bank. There are a few exceptions. Payouts as a result of cases filed against hospitals are not included because hospitals are not practicioners, and payouts that don’t stem from a written demand (but rather a verbal or mediation situation) are also not included. Suffice it to say: "Methodological flaws aside, most payouts by sued physicians and their insurers are arguably captured by the data, though with a significant time lag (payouts typically happen many years after the alleged malpractice occurs)."

Diederich Healthcare has conveniently aggregated much of this data and displayed it in a few easy to consume visuals (available here), which make it clear that medical malpractice payouts are going up. In terms of raw figures, $3,733,678,100 was paid out in 2013 as a result of medical malpractice suits. This was $168 million more than in 2012, an increase of 4.7%. In 38 states, the amount of payout increased, including Maryland. Maryland and the District of Columbia were in the top 10 states in terms of per capita payout in 2013, at $19.27 and $19.31 respectively. Only Conneticut, Massachusetts, New Jersey, Pennsylvania, and New York were higher. New York remains far and away the state with the highest per capita payout, at $38.83. However, it was also the state with the largest decrease in payouts from 2012-2013, at $73 million less.